At the FileMaker Developer Conference in the US this year FileMaker Inc. announced a few rather far reaching and exciting changes, starting with a new company name, “Claris”, followed by some new products in the pipeline, and of course a slew of nice new features coming to FileMaker itself. 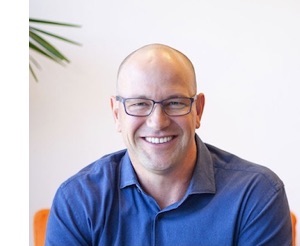 All this comes on the back of the new CEO, Brad Freitag, who’s bringing a whole new level of invigoration and innovation to the organisation.

The strategy revealed at DevCon this year was profound, exciting and deep reaching.

But first, rest assured there are no plans to break or upset the platform that has evolved with much care and attention over the last 20 years.

There will be a shift to a more “Cloud First” way of thinking, which can only mean good things for FileMaker:

The emphasis on mobile is not letting up either: there are exciting new features coming for FileMaker Go including:

In addition to taking care of the existing platform, the team are also going to expand beyond FileMaker and tap into some new ways of thinking. And one of those is the idea of Workflow Apps — applications formed by tying together different apps and services using ready made connections (APIs) and logic commands to create, workflows and automation of data moving between different applications.

To jump start this technology, rather than try and build it onto the side of FileMaker they acquired a company called “Stamplay” which has been doing this sort of thing for a few years.

Out of that acquisition a new product is coming called “Claris Connect”, which promises to allow problem solvers and developers to build workflow apps, and which will open a up a world of connectivity to FileMaker by making it much easier to connect to other apps — think Salesforce, Box, Mailchimp, Slack etc.

Out beyond that, the company has started a “Labs” division where they’re experimenting with Next Gen products — ensuring the suite as a whole provides some truly innovative and exciting technology for supporting and creating more Workplace Innovation long into the future.

In the spirit of broadening the product offering, and representing the new thinking they sought a new name… and Claris, which derives from the Latin “clarus” meaning clear, bright, renowned, famous, upstanding, respected” was a very logical choice. We think it’s a brilliant brand name, nice that it harks back to the history of the company, but make no mistake this is a very new, very different Claris.