Putting One Object Into Multiple Tabs

Here is a nice quick technique that will allow you to place a layout object or objects into more than one tab on any given tab control object.

With tab control objects, when you place an object inside a tab, then that object is now enclosed within that tab. Switching to a different tab will effectively hide the object, because being on the other tab it is no longer visible.

Sometimes however, you may have a layout object or objects which you wish to remain consistent across multiple tabs. It could be a portal, web viewer, text label, or series of fields.

The first solution that might come to mind would be to make copies of the layout object(s) and place them into each individual tab control object, there are some downsides to this method:

Note that a tab actually encompasses part of it's tab label area as well as the inner tab section (see photo). 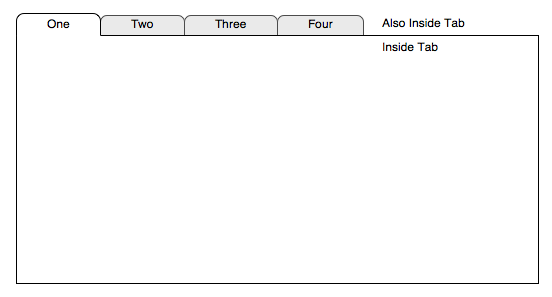 So, the goal is to somehow get the top coordinate of the layout object(s) positioned so that it lies outside of the tab control object

To do this, first start with the layout object you wish to place in each tab control, positioned outside of the tab object iself. In this example, I will be using a green circle object.

Next, create another layout object and place this directly above the other object, place it so that it lies above the tab control object. 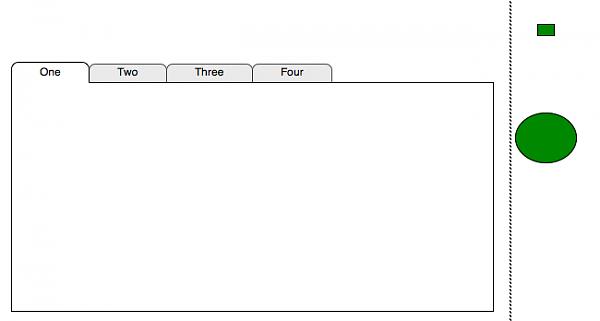 For the sake of this example I have made the second object a green square. Note that this second object should be a very simple INVISIBLE object - a text label which is just a space, or a transparent no-line rectange, or even a 0pt line would all be acceptable.

Next, you want to select both objects and group them using the group command - Arrange -> Group.

However, once grouped, you can place half the grouped object in the tab control, and half out, and this is what we will be doing. 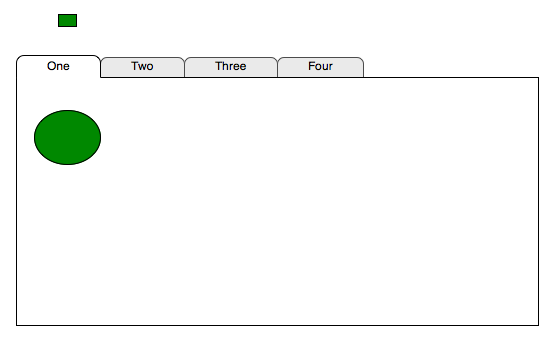 Final Thoughts:
This technique is great, and I use it all the time. You can use the same idea to produce fields/labels that appear beside tab names - rather than have to put the fields into every tab, group them with a single object above the tab control to keep them visible no matter what tab you have selected.