Zero to App in 3 Weeks

Danny Hui is a man on a mission, and it’s an incredibly special mission that is very close to his heart.

When you have a child with disabilities, you look for ways to make their lives easier and better, as well as yours as a parent.

Danny and his wife Jess have gone to extraordinary lengths to offer their son Monty, the opportunities that most children would have, like walking unassisted or running around a park — the simple daily activities we take for granted that are huge challenges. 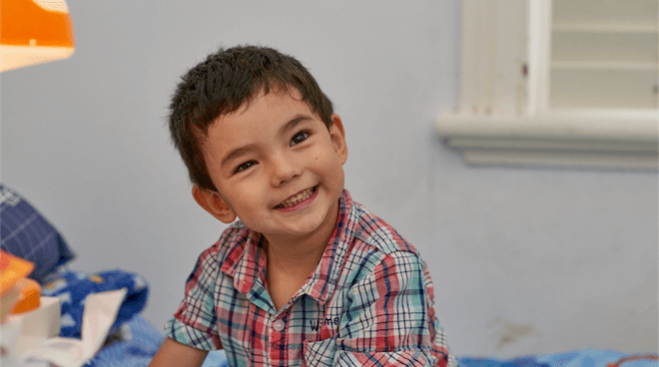 With challenges like this it's a team effort to get the best outcomes, from advisors to family caregivers, all offering their advice around the best approach and what to expect. In one of our first discussions with Danny, he mentioned they have something like 20 different points of contact that are regularly consulting on their son: doctors, therapists, grandparents, the list goes on.

What Danny very quickly realised is that with such a big team comes a mismatch of communication. Not everyone has the same information; there’s no one place to gather and share knowledge and progress; and it’s just too easy to find that not everyone involved is on the same page.

A prime example centres around Danny's son heading to school next year: he needs to get a chair, but because he’ll be at school, there's an array of people who need to approve the type of chair that would be best for Monty’s needs, from the school principal, to therapists, everyones input needs to be factored in. And the way that it’s always been done is to have all the details about the chair in a folder, and you cart this around the different therapists and meetings…

So if the above is the back story, you can guess what Danny has set out to do, which is nicely encapsulated in his company name — introducing:

Danny had the idea that if he built an app, then everyone would have the same view of what care and requirements are needed, how his son was progressing, and of his therapy and action plans.

So he got to work, giving up his full time job to take on something he is immensely passionate about. He entered the world of “Social Enterprise” and envisioned an app to help track and share information for Monty and others like Monty.

As part of his research, he realised that he needed to get something up and running quickly which he could get in the hands of families to start testing. How these families used the app would help make design decisions for further development.

The question then became: How can you design and develop a mobile app fast, and deploy it to a group of people with minimal fuss?

As a long term user and advocate of FileMaker, he started considering this as a rapid development platform. He approached Digital Fusion in May 2017 to discuss the project and get our thoughts on moving forward.

We were blown away by the thought and consideration that Danny had already put into planning the app. Our part was to take these initial ideas and work them into a practical solution through an initial Analysis and Design phase.

Wireframes for a “minimum viable product” were drawn up, discussed, changed, and finally locked in. A plan was put in place for development that would see the app up and running quickly, but which was also very flexible to make sure we could make changes as feedback was received. 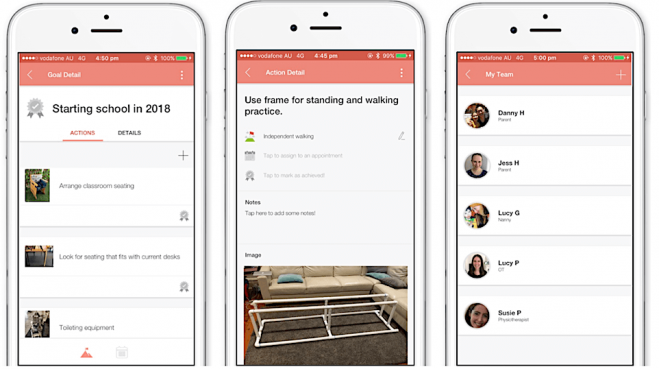 FileMaker Go makes for a brilliant platform to develop an iOS app quickly. Not only is it econmic to develop with, but we were able to get it out to the families quickly for testing.

We also used FileMaker Pro and FileMaker Server to host the central database behind the app, and to provide management tools such as usernames and password administration, usage tracking, and overall giving Danny the ability to self manage the app. 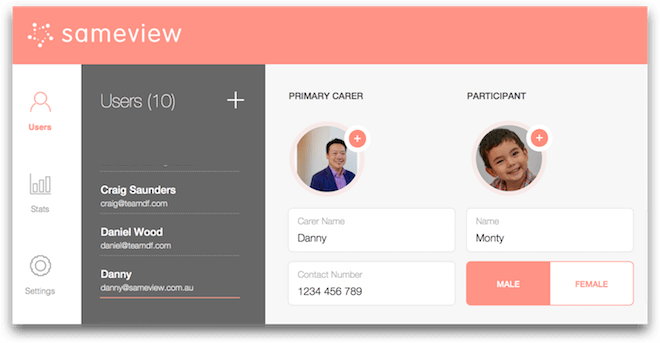 The end result is now being tested by facilities across Australia and Danny continues to look at modelling the business side of the app.

What would have cost a lot of money to build as a native iOS app (think 100’s of thousands of dollars and many months) was developed in FileMaker at a fraction of the cost and time.

All the while we have been discussing and developing Danny's app, he has been part of the Optus Future Makers programme. The programme is focused around innovators who have an idea or business that will benefit disadvantaged youth.

It’s a pretty special opportunity that Optus offers, with full day workshops to teach the innovators ways to bring their ideas to life. There is the added benefit that they award funding to some of these innovators, with the chance to then go onto the APAC regional section as part of a SingTel (the big Singaporian telecommunications company) accelerator programme.

Well, we are super stoked to announce that Danny was successful, in fact very successful in the programme, and was awarded entry into the APAC region Future Makers programme along with a substantial fund for further developing his product. 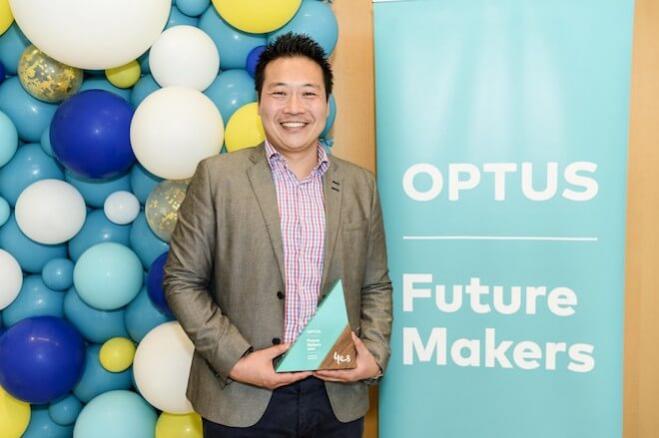 The money is going to substantially help Danny and Jess realize their dreams by removing some of the financial pressures of self-funded app developement.

Digital Fusion are immensely proud to have worked with Danny, he is a very special person whose work will make disability care more coordinated, easier for everyone and ultimately bring better outcomes to many families.