There’s no doubt that a huge opportunity exists in many businesses to dramatically improve productivity, or even completely disrupt an industry, by using technology and innovation. Doing so takes vision and guts, of which we have plenty in NZ. 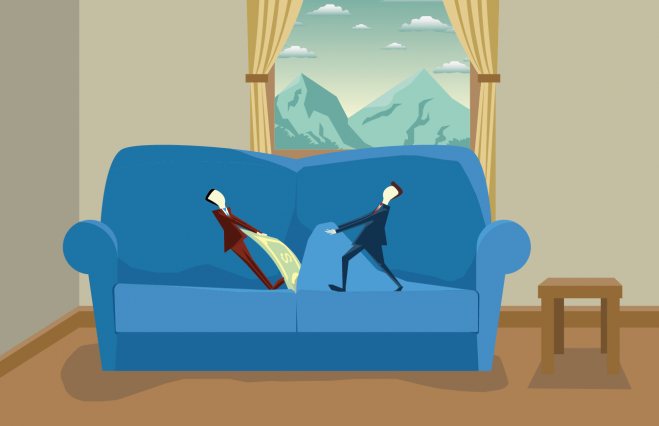 Spare capital is in notoriously short supply especially if you’re a startup or small company with modest means, but those are exactly the kinds of businesses that are hungry for growth and looking for opportunities. In fact I think this is where true entrepreneurship lurks…

Enter a new government keen to stamp their mark on the landscape and lift NZ’s meagre level of investment in R&D (1.28% of GDP). The aim doesn’t particularly ambitious though: over 10 years the hope is to raise that level of investment to 2% of GDP, which is still well below the OECD average of 2.38%. In a nutshell we invest about half as much as our peers and even with 10 years of ramping that up we’re still not expecting meet the average! 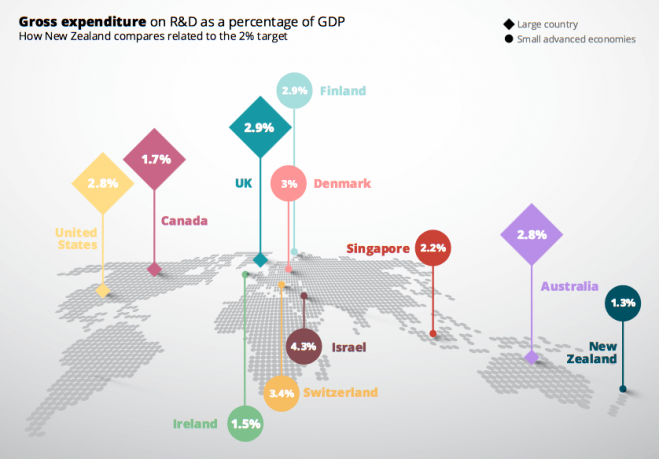 So to help kick things along they’re bringing in a new R&D Tax Rebate that takes effect from 1 April 2019. It works like this, I believe:

You can claim 12.5% of the value spent on a specified R&D project as a tax rebate. So you spend $100,000 on investigating and building an innovative new "Thingamabob" and you get to take $12,500 off your tax bill, which is quite nice.

While the government is committed to making the scheme happen from that date, exactly what it will look like isn’t entirely locked down yet. There’s a discussion paper that has been made publicly available and from that will come further discussion and possibly some changes before it’s drafted into the laws of the land. 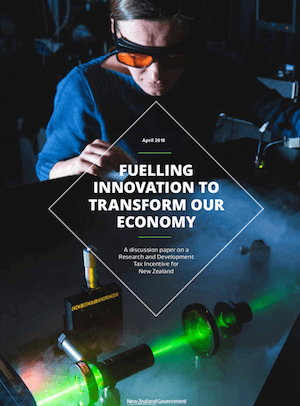 We’re particularly interested in the whole concept because we think a lot of projects your projects with us might qualify — after all what we do is build innovative new technological solutions that help business take on the world. Most projects we do involve determining a new approach (your research and ideas), and development on our part. As the owners of such projects, it would of course be you, our clients, that get the rebate — but that’s good for us too because it reduces the real cost of taking the plunge.

While the scheme is still only in proposal form we can see a few catches and things to bear in mind — here are 5 key aspects to keep in mind:

The current proposal includes a requirement that projects should adhere to “the scientific method”, which as I understand it means:

“A systematic progression of work, that proceeds from hypothesis to experiment, observation and evaluation, and to logical conclusions.”

Basically, a fair degree of discovery as you try things is to be expected and worked through in a logical way. The outcomes are somewhat uncertain at the beginning and will depend on what’s learned along the way

Each project we work on is innovative and different, and they always evolve and change with testing and trial — which does seem to fit the definition of the “scientific method”.

Another catch is that you need to spend $100,000 in a financial year to qualify. That said there is also mention that certain suppliers might be deemed “Approved Research Providers” and that when using such a supplier you may still be able to claim the rebate without necessarily spending the $100k minimum.

The paper is also a little vague on software R&D projects specifically:

I think that’s a positive sign though because when clearly around half the R&D spend is going on software it needs to be well defined and clear what types of software development and which parts of the activity will qualify.

4. For Profitable Companies Only?

Another thing to bear in mind is that this type of funding is not a capital-injection and there’s an obvious rub with it right from the outset: you need to have tax to pay (i.e. be making a profit) in order to receive the benefit.

So as it stands this scheme is not going to suit the innovative high growth startup type business that takes several years of mad growth before turning a profit. However the plan is to address that issue the following year (2020) but for now finding a way to provide benefit to non-profitable companies is in the too hard basket.

The discussion paper gives a couple of ways of defining what type of expenditure might be able to be included, but the good thing is that it looks like it will include both your own in-house costs, especially direct wages and resources used, plus external contractors such as us.

While we don’t profess to be experts and would advise you seek legal or financial advice before making any bets on this, we think the ideas here are an interesting start for at least one approach. What would also help would be the ability to fully expense R&D investments, particularly in software development of course, in the year they’re incurred.

My take on it is that this scheme will make some modest benefits available to a much wider group of companies than the previous systems, but it’s not startling — more “useful and encouraging”, which is probably ideal because what we really need is to build a culture of reinvesting in our businesses to improve and grow through productivity and innovation not just more man-power and number 8 wire.