Have you ever wanted to live out your childhood dream of racing a car around a track at very fast speeds?

Well our CEO, Craig Saunders, had that dream and last year decided to give it a crack with the advent of an entry level series called the "2K Cup"

The key thing about this series is in the name: '2K' means your car must be able to be bought for $2000 or less on the open market. Sure, you can (and should) add a roll cage and safety kit, but performance modifications are prohibited to keep the cost down.

Well the 2016 season passed and Craig found himself enjoying the sport, and the company of other petrol heads, so when the series sponsorship was up for grabs he raised his hand. He reckoned that after the first season he could clearly see that he wasn't going to win personally, so by getting "Digital Fusion" onto every car in the series we could be sure of sponsoring the winning car. (You can see why he's the boss.)

We are now pleased to announce that the South Island version of the sport is called the Digital Fusion 2K Cup:

This means Digital Fusion branding is splashed over all the cars, and our message to "Get Ahead", whether that be through racing or through better business software, is being spread to the masses. 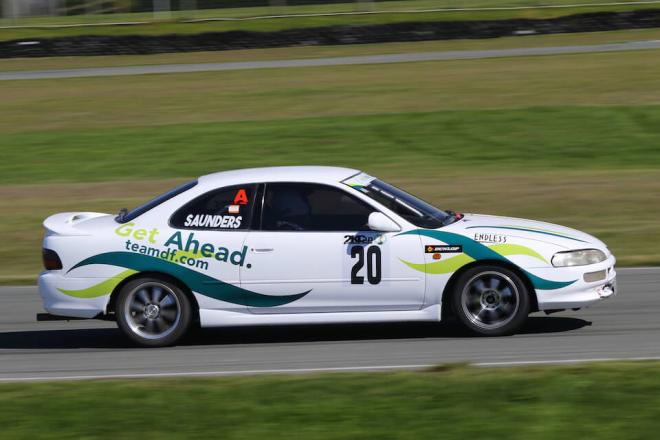 And what would motorsport be without a team? So we have nabbed a young whipper snapper from Custom D and have him driving in a Team DF car. (Incidentally, Custom D did the graphic design for the car, which we think is a pretty cool way to use our logo huh?)

So if you ever find yourself at a loose end over summer, and you are in the South Island of New Zealand, do head out to your local circuit and give Craig and Josh a cheer. 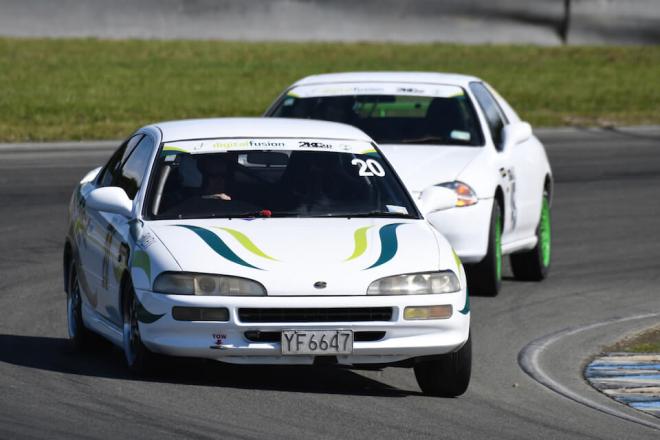 Craig's finally had a tidy enough run to actually publish an in-car video of one the races — in this it's a handicap start too, where the slowest cars get a head start: