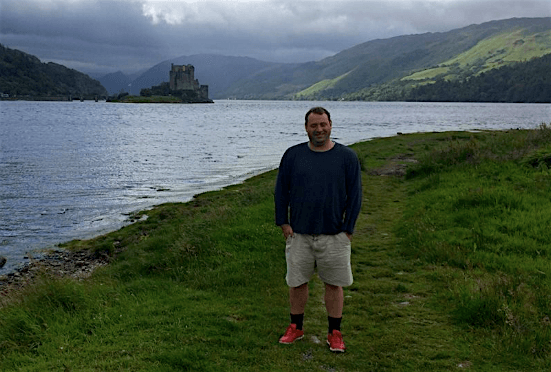 Tiki Tour: New Zealand slang for taking the scenic route to a destination.

About 9 months ago, I made the decision that I needed to be at one of the biggest music festivals in the world - the Glastonbury festival in Somerset. I was also one of the lucky souls of Team Digital Fusion that would be attending DevCon in 2016, so I thought I could make the most of this, and line a personal holiday up with DevCon, which one might term a Working Holiday.

Glastonbury Festival of Music and Mud

Well, I am now on the other side. And I can say that it was amazing fun, I shall always look upon it fondly, and I NEVER want to do it again. EVER.

Getting in was pretty delayed, but people had it much worse. I think it must’ve been worse the day after we arrived. It’s a 3.5 hour ride in from London, and it took about 7-8 hours. 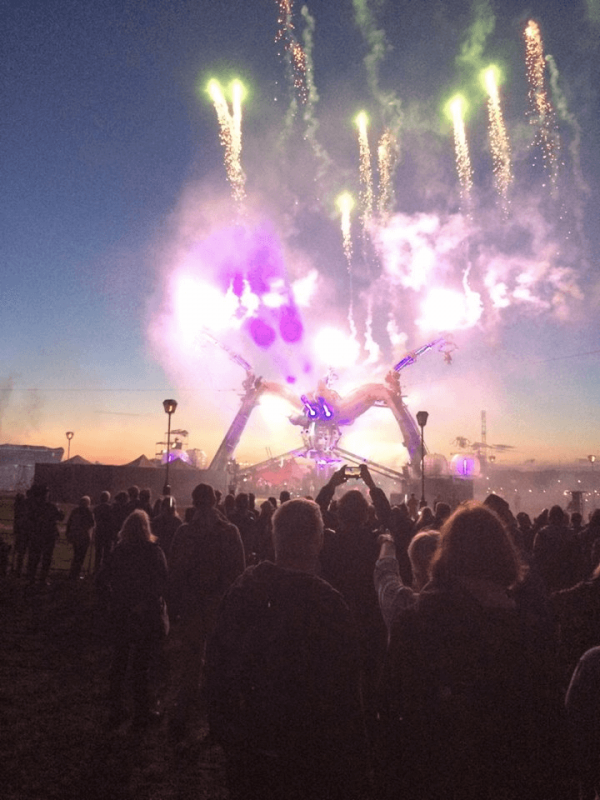 Musical highlights were definitely Coldplay, Madness, Muse and this incredible Beatles cover band I happened to stumble onto on the last afternoon. People seemed to really enjoy Adele, which I did attend, but not really my thing. I left half-way through to see the Bowie Tribute Laser Show.

Festival highlights were just the overall vibe of the festival, it really is incredible. 170,000 people crammed into a farm, which is set up as a commune, but with heavy capitalist influences. Everywhere you turn is somewhere you can buy food and/or alcohol. Any sort of shop you can imagine is represented as well. Moving between the main stages is akin to getting around downtown Sydney or London during rush hour.

The mud. I will never forget the mud. It’s not an object, or even an adjective. It’s a medium through which the whole festival exists. I was expecting there to be some mud around, but in reality, the mud was good enough to host a festival for us. However, I have since learned that due to the torrential rain leading up to the festival, 2016 was the muddiest Glastonbury ever.

And now it’s all over. People I was there with are already making plans to do it all again next year. Nope. Never again. 10 stars. 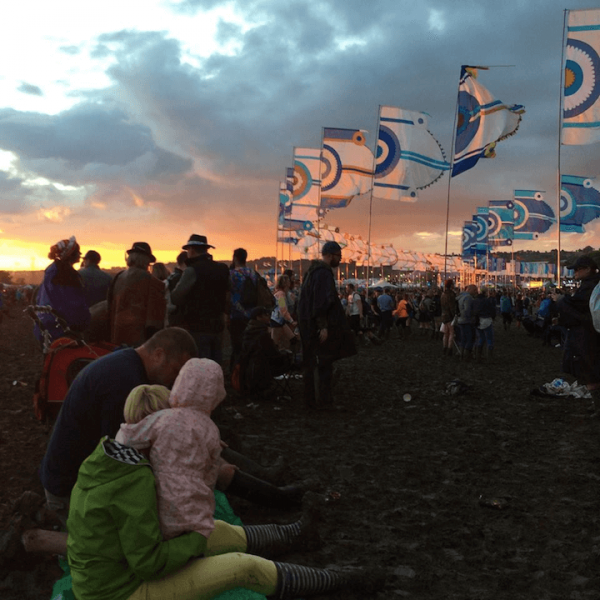 So on with my holiday. Though I have written tomorrow off for recovery and laundry. Mud is in EVERYTHING.

With Glastonbury done and dusted I still had a couple of weeks before DevCon — this left me with a bit of a dilemma. I would be based in London for the most part, but the thought of keeping my sightseeing to London would be a bit restrictive, and not quite sufficient to fill up two weeks. I was keen to see more of the country, but wasn’t keen on spending a fortune to do it - nor coming up with the logistics of doing so...

Contiki Tours is an organisation that carries out tours for people aged 18-35 of Europe, USA, Canada, Asia, Australia and New Zealand.

It was actually set up by a Kiwi, John Anderson. John Anderson set off for a big OE in England, but found he was too short of money for everything he wanted to see. So he devised a cheeky scheme, and advertised a new tour for Australasians with only a few seats left available. He heard back from 11 people excited to join this very popular ‘tour’, and were more than happy to pay to join the trip. So he worked out the total costs for the trip, charged each applicant an equal share, and bought a van. Having secured himself a free place on this tour as the tour guide, he could now begin his OE. He was completely unable to maintain the facade of being an experienced tour guide, so he quickly confessed his inexperience to the group, and they all shared in the responsibilities and duties - including the driving! It is from this that Contiki Tours grew into the massive operation it is today. However it’s a bit more professional these days, and the trip managers are much better informed!

When I was discussing the gap in my trip with a friend, they floated the idea that perhaps I could do a Contiki tour. I looked into it, and it seemed perfect. I could see England and Scotland in the time-frame I had available, and I didn’t need to do anything beyond paying the fee and turning up. Everything is pre-arranged.

Somehow, I managed to set it up to do a tour of England at a time they were facing dual crises. Not only did the Brexit decision get announced a week before my trip, England were eliminated from the UEFA Euro playoffs - in a shock loss to Iceland. But they are a hardy bunch, and it didn’t impact my trip at all (other than a slight improvement in the buying power of my NZ dollars). 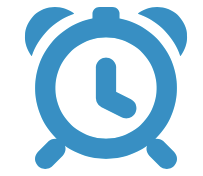 At 6.30am I turned up at the meeting place, and after some formalities (showing passports, travel insurance, next of kin, etc) we were off on the road - the road to Liverpool. What I found remarkable was that most everybody was in the same boat as me. They were travelling alone.

There were very few friends amongst the group - at that stage anyway. Ironically, I believe that creates a friendlier environment, because everybody is that much keener to make new friends. For the first leg of our drive to Liverpool, we were pretty much left to be - or rather to sleep.

Then after we stopped for lunch, the trip manager pulled out a curve ball I was not expecting. We were to undergo a speed-dating inspired method of getting to know each other. Anybody in the aisle seat would move forward to the next person asking a set of questions to get to know them until the buzzer went off, and they’d move to the next person. The questions were of standard fare; what’s your name, what do you do, is this your first tour, etc. As an introvert, I found this positively terrifying and I just conducted it in a similar manner to the dentist - of just getting through to the other end.

But the energy of the bus completely changed after that. I don’t think it’s because you learn more about the other people in the trip - I forgot everything instantly. But what I think it does do, is just loosen everybody up. I discovered throughout the rest of the trip that most people hated it - but afterwards everybody was laughing and chatting in a way they weren’t doing before hand. Well played Contiki.

So that set the tone for the trip. From London we saw Liverpool, York, Lake District, Edinburgh, Scottish Highlands, West Highlands and Glasgow. The weather was absolutely appalling for the beginning of summer - but living in New Zealand I’ve learned that if you get upset at disjointed expectations about weather you’ll drive yourself nuts. Anyway, it added to the trip - to get the authentic British summer weather. 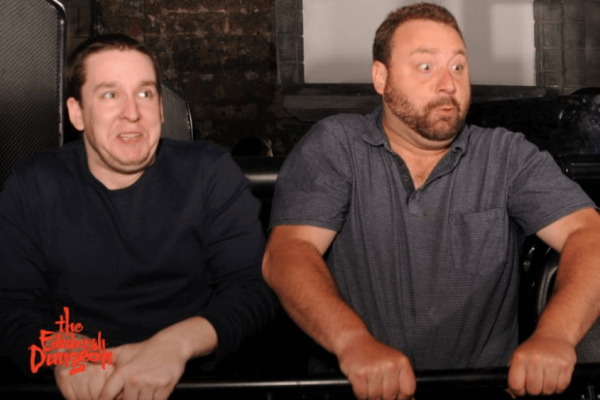 Something I was particularly anxious about was sharing a room. I am a snorer, and like all snorers I have a bit of anxiety about how it affects others. Contiki do offer a single room for the hotels you stay at, but the cost didn’t really make it worth it for me. So I mentioned this to my room-mate the first night, and to my eternal relief he said he too was a snorer. Sharing a room with someone was something I found very strange at first, but after a couple of nights I had totally acclimatised and it didn’t bother me at all. Maybe I was very lucky to get a great room-mate I got along with really well. Also I think having a room-mate sort of stops either of you from sleeping in past the departure time. Two alarms are better than one!

So for nine days we went from town to town, and saw some amazing things and went to some amazing places. Hadrian’s Wall, Edinburgh Castle (as well as countless other castles), the Edinburgh Dungeons - which were absolutely terrifying, the Lake District, York, the Cavern Club in Liverpool, the Isle of Skye, the Loch Ness...

Loch Ness posed the next step 'outside my comfort zone': The Loch Ness challenge — basically to jump into the Loch which might sound fine to those in warmer climes where summer is indeed the perfect time to jump into a lake. And we're pretty sure there is no "nessy" lurking in those unfathomable depths... However this Scotland, and it turns out Loch Ness is the same temperature all year around - a toasty 6 degrees, so being summer doesn't help.

I had told people I’d do it, but the day leading up to it was cold and miserable, and I really didn’t want to. But I went with the flow and ended up jumping in. Then after I got out and dried myself someone said ‘Shall we do it again?’, so I dropped my towel, went back to the pier and did a majestic bomb into the water this time - not like my timid step off the edge I did with the first one. It was a fast recovery with another towel-dry and shot of whiskey.

Before I knew it, the tour had come to an end. I had found that in the short space of nine days - which had gone by in a massive flurry, I had made some awesome new friends - the only stinger being that I’ll probably never see most (if not any) of them again. But that’s part and parcel of it, and can’t dwell on it too much. What made the end particularly difficult was that I had picked a modular trip. This meant that our of around 50 of us, 17 of us were dropping off, and the rest were continuing onto Ireland. I wouldn’t recommend a modular trip as most of the remaining people on the tour are now my friends on Facebook, and I keep seeing photos pop up of their amazing time in Ireland. For example, this came through a few hours ago: 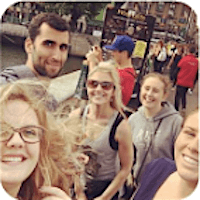 Unlike Glastonbury, I’m already making plans in my head to do another one - a proper big one, around the main tourist parts of Europe. Unfortunately I am approaching the dusk of the 18-35 year old range, so that leaves me with just a few years. So if you’re curious about it, I would say absolutely do it. And if you want to travel, see the world, and you’re not sure how, it’s perfect. Check their website to see what’s available, and you’ll have an absolute blast.

They talk a lot about the Contiki Family you develop, and it does sound like marketing nonsense. But it’s true. Even after a relatively short tour such as mine, a group of complete strangers are transformed into close friends over just nine days. I have even caught up with a couple of them since the tour ended, for some sightseeing in London.