We've been building custom FileMaker solutions for 26 years now. As you’d expect, we’ve seen a lot of versions come and go in that time. Claris continuously invest in and enhance the platform which keeps it not just current and viable, but leading the way as a low-code, rapid development platform.

That said though, it’s incredibly stable and we’ve seen plenty of our clients running their apps for decades on the same version we worked on with them.

Recently we’ve had some discussions with a client who was still running their solution on FileMaker 16 and we advised them to upgrade to the latest version (FileMaker 19 as of writing). But why? I mean their solution was working fine, stable and everyone was happy. Why rock the boat? They hadn’t had any issues and in fact we hadn’t heard from them for some time…

Let’s explore some pros and cons of upgrading and why we think it’s a good idea, even if your FileMaker application is working “fine”:

Either by choice or omission, it’s easy to understand why you might not keep up-to-date with the latest FileMaker versions: 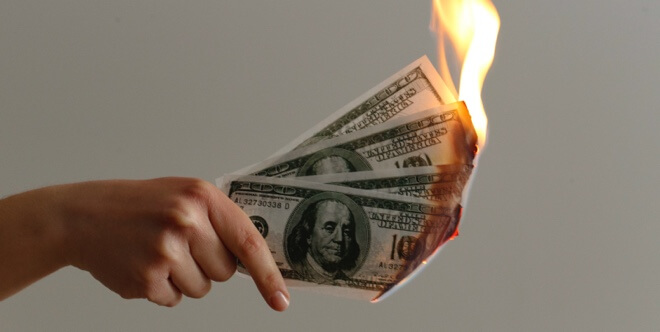 We would argue that those factors are all positive in the short term, and sooner or later they will catch up with you because you’ll be forced to upgrade for compatibility. And along the way you’re missing out on some important benefits.

1 Device Support - Currently, Claris offer support for the latest two versions of FileMaker (19 and 18). This means we have access to their technical teams for any issues associated with the platform itself and they actively invest in keeping these versions current and compatible with the prevailing operating systems and devices.

2 Protection from Hacking - Claris rank Security as the number one priority for the platform and have taken some major steps in recent years to make FileMaker much more secure. With hacking and data breaches a common target, and now that most FileMaker databases are on the cloud or exposed to the internet, it is vital to stay right on top of the security measures Claris are putting in and constantly updating to the latest standards.

A good example here is the recent Log4J and Heartbleed type vulnerabilities. These were serious deficits that malicious actors or code could exploit to basically hijack a business’s systems. Patches were available quickly once they were exposed but only for currently supported operating systems. Out of date, un-updated and unsupported older systems are basically left exposed.

3 Avoid Incompatibility with Windows or macOS - by staying current with FileMaker you’ll be able to stay up to date with your Windows, Mac or iOS systems, which means not only getting all the advantages of new features they bring but also the all important security of those. Apple and Microsoft address weakness in their platforms every month, but only the most recent versions. Plus if you get new gear it will come with the latest OS whether you like it or not.

4 Avoid Costly Support Issues - the older your gear the more risk you have that something like a hard drive might fail and you’ll be unable to quickly get the system back up and running. If something does fail you may be forced to update everything at once just to get everything working again. This could well happen at a time not of your choosing and may take longer to sort out than it would if it was planned and managed. We have seen some situations like this take days to resolve as each unplanned replacement and upgrade forced other changes throughout the business. The costs of resolving these unplanned outages can be much higher than a managed upgrade. See the comment below from Paul Hutton, one of our developers on the front line of this kind of issue.*

5 Faster, Stronger, Better - FileMaker 19 (the current version as of writing) is faster, more stable and easier for us to support and work on. In short, it’s better for users and also for us as developers. That means our work supporting you is more efficient. Also, within the latest version is an important tranche of new updating technology which means from this version on we can update and upgrade much faster and easier, with less disruption. The grass is greener on the FM 19 side and that means its even less costly to maintain currency of your systems once you get up to this version.

6 The Longer You Leave It, The Worse It Gets - there is a term in the IT industry called “technical debt” which refers to the future cost you incur as a result of short term cost saving measures such as shortcuts in code, lack of equipment maintenance and lack of software updates.

Consider that the more out of date your system versions are, the more careful planning, testing and steps we have to take to bring you back to currency. It’s actually much more complicated to bring you up from say FileMaker 12 than FileMaker 17 for example. We basically need to implement a program of leapfrogging through versions and may or may not need to perform file conversions along the way. This costs more, will probably incur longer disruptions and could involve more issues such as functional incompatibilities (if for example your solution is using deprecated functions or script steps from older versions).

“I’m seeing this quite a bit with a certain group of clients: old machines, old FM Pro, old FM Server. Then a staff member gets a new machine and it goes like this: they can’t install old FM Pro because it’s incompatible, so they install the newest version, but then the new FM Pro doesn’t work an old server version, so they call us to update server, now all the other users have to update FM Pro, and it’s all done in a rush, without planning, usually with some loss of access and loss of productivity. Worst case they have a mix of machines that can’t all handle the update and end up with some people unable to access the system until their computers are updated!

Better to schedule the upgrade, do it in a planned and measured way.”