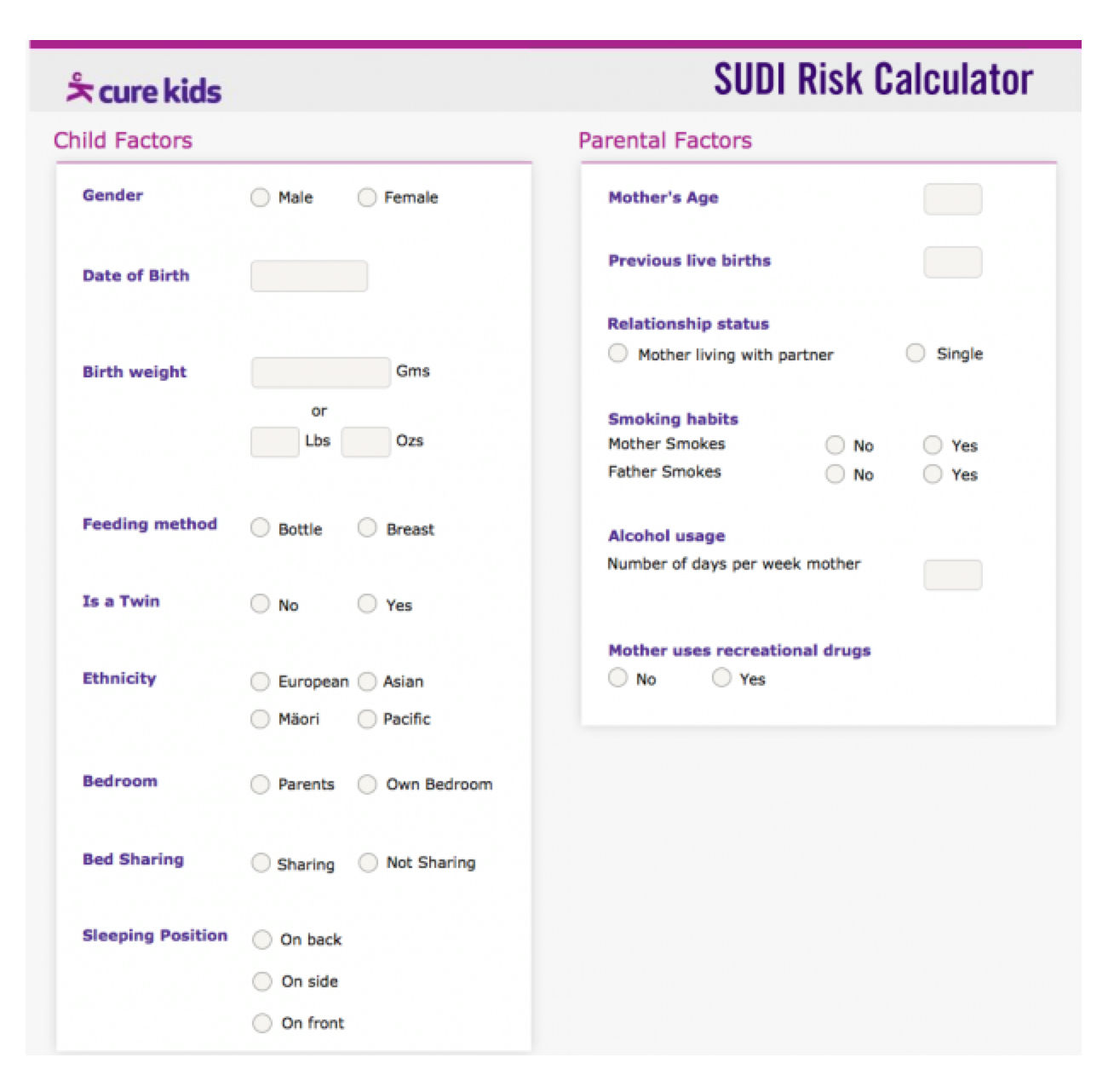 In late 2013 we were approached by Ed Mitchell who was representing Cure Kids. They were keen to get a application developed that would allow them to calculate the risk of a sudden unexpected death of an infant (SUDI)

After working through the requirements for the project and talking things through with Ed we decided to go down a somewhat 'proof of concept' path.

There were a number of factors why we decided to do this:

Our proposed approach was to develop this application in WebDirect, which at the time was a recently released product from FileMaker. In a nutshell, WebDirect is allows user either a full or partial view of your database.

In this case what we wanted to show was just the calculator and the results once data was entered. The main development of this solution lies in the calculations to get to the final result, these have taken some tweaking over the past 10-12 months to get spot on.

The end result has been incredibly well received and really shows off what you can do with FileMaker WebDirect. The speed in development meant we had a solution up in a number of weeks and the tweaks we have made this year have been minor.

And some more good news, the solution is now going to be developed into a full blown responsive web application by our good mates over at Custom D